Asbestos removal Perth is a big business primarily because there’s so much asbestos in the city. This material was overused to the point where Perth structures are still infested with it, even decades after its banning. However, just how did it get to that point? 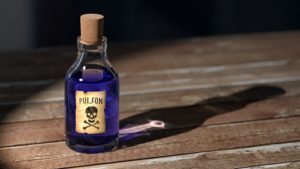 One of the reasons asbestos became so widespread is that it occurs naturally on every continent human beings have inhabited. There have been asbestos fibres found in debris dating back to a time when our ancestors were in caves and hunting mammoths.

Egypt, Finland, and Greece all had ancient relics that used asbestos cloth as protection. It’s easy to say that asbestos and humanity have had a long history together.

However, asbestos doesn’t start being manufactured and used in everything until around the late 1800s. As the Industrial Revolution began to churn and sustain itself, the practical uses of asbestos became widespread. This, combined with its uses and availability, made it a favourite.

Since working conditions were awful at best during the Industrial Revolution and because the impact of asbestos could take years to manifest, the damage it did wasn’t noted. Any dangerous effects it had could be pinned on working conditions or other hazards of the time.

Asbestos had many properties that made it ideal for numerous uses. It was resistant to a number of chemicals, as well as water. It was a good insulator of heat and electricity. This made it useful for the steam engines, boilers, electrical generators, and turbines that powered the age.

These same properties also made it useful for construction. It was a great insulator that was also flexible. This made it an easy choice for building homes while reducing the overall cost.

Canada became the world’s foremost commercial asbestos exporter in the 19th century. They stood alongside Russia in excavating the fibrous, soft form that would become the baseline for all asbestos products. Scotland, Germany, and England were also major players.

Prior to the 1800s, asbestos mining was done manually. This only changed once the commercial applications became more apparent, increasing demand.

It wasn’t until the 20th century when data pointing towards asbestos as the cause of numerous health issues were found. It took time for people to realize that it was a slow killer. Countries that used it began to ban its use in homes and commercial buildings little by little.

However, just because it’s banned doesn’t mean that the material was removed from all places that had them. Which is where asbestos removal Perth comes in.