Asbestos removal Perth is big business. It has to be, given that the city is the “asbestos capital of the world.” Just how did this happen, though?

First, let’s take a brief look at asbestos and how it became so prevalent across the world. It all began with people figuring out how good it was at various functions. It was a great insulator, for starters. It was also fire-resistant, which added another layer of usefulness. 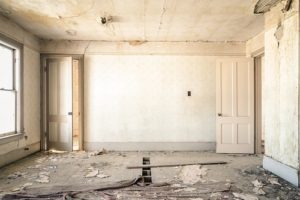 These two major elements, along with apparent ready availability, made it a common material for construction. In fact, the use of it became extensive in Australia – particularly in the Perth area – in the aftermath of the Second World War.

In Perth specifically, it saw extensive use. It would line walls, pipes, and be used as insulation in practically every structure. Any building in the city from before 1987 likely has asbestos materials or its cement form somewhere. This is most prevalent in the suburbs.

A variant, blue asbestos, was mined throughout the state as well. This also saw heavy use, particularly along the northwestern areas.

Perhaps one of the most hazardous elements is that most people don’t know enough. Information on the issue is sorely lacking in some areas, while in others it isn’t presented as enough of a problem.

In some instances, people may simply not realize that their home or business may have asbestos. In such cases, the material might be intact behind the visible walls or other areas. It poses a minimal threat because the fibres are kept contained. At least, until they do a renovation and expose the sheets.

In other cases, they are aware of the risks but consider hiring asbestos removal to not be a priority. They might think that it’s unnecessary or simply don’t have room in their budget for it.

Newer homes are largely not at risk. From 1987 and beyond, the use of asbestos materials and cement has been banned from use. Any structure built since then would be free of the contaminant. Older buildings that have been renovated since then may also be clean – but one should make sure.

Asbestos testing and removal are available for anyone that needs it, of course. It can be expensive, between the removal itself and the need to make arrangements to stay in a hotel while the work is being done. However, it’s an investment in your health and long-term safety.

Plus, if you decide to sell the home, it can add value to the property. Click here to get our services.